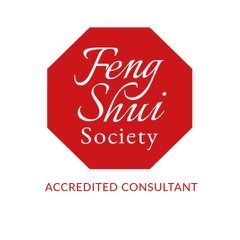 Scroll Down for 2020 Changes for the Year of the Rat 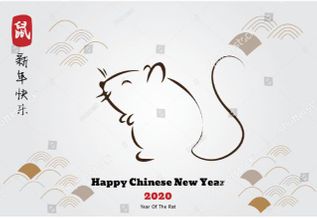 What is Feng Shui?

Feng shui is all about organising the energies of space and time in relation to individuals and groups to create balance and harmony. The rules that it uses are very ancient ones, based on Taoist philosophy.  These rules are the same ones that form the basis of acupuncture - now used worldwide and as a major part of the basic health care system for 104 million Chinese.

It takes into account the seasons, the cycles of the Sun and Moon, day and night, yin and yang. Its basis is an ancient Chinese book of wisdom, also used for predicting the future, called the I Ching (this translates as Easy Change). The idea behind this ancient text is that life is all about change - so if you  have to go through it, you may as well make it as easy as possible! The hexagrams of the I Ching offer guidance to facilitate this.

So how does this relate to us as 21st century humans? After all, on the face of it we are living very differently from our ancestors.  Much of our civilisation now  relies on computer technology - all of which is based on a binary system.  The foundation of the I Ching is the duality aka binary system of yin and yang.  Perhaps

we have more in common with our ancestors than it appears on the surface.

3,00 years ago, feng shui was considered so powerful that it was the preserve of emperors.  It was common practice for the feng shui master to be restricted to the emperor's palace and grounds.  Also only men were feng shui masters, the art being passed down from father to son. Fortunately, things have moved on, and nowadays women, as well as men, practice this fascinating art.

Feng shui is used in both the East and the West by individuals and companies to create improvements in health, wealth and happiness.

Depending on the direction of your more, whether home or office,  it is possible to predict the degree of ease or difficulty you will experience.
The only exception is for people who do 15-30 minutes spiritual practice a day. This means meditating, prayer, yoga ,Tai Chi, Chi Kung or spending time alone in nature,
if you are an agnostic or aetheist. Most of my clients are not in this category!

Using 9 Star Ki Astrology, you can find out whether your move is “with the energy” of the year, and therefore likely to be easy - OR “against the energy” in which case, you can expect it to be challenging.
Just being aware of this gives you the ability to plan in advance. Of course, it is always preferable to  move “with” the energy. However, frequently there is no choice. This is especially true if you work in the military, for the government or in a multi-national corporation.
Knowing you may be faced with a move “against the energy" means that you can negotiate your expenses and moving costs to return to your own country, should the job not work out.
Doing the feng shui in your new place is one of the counter-measures. However, in this situation, it is a remedy and I always advise my clients to look for stability after such a move, rather than financial increase.
You may choose to delay your move, if you have control over it, so that it falls at a time when it will be “with the energy”.

Arranging your home according to feng shui principles makes it easier to sell, as the feel of your home improves, and buyers notice and like this. It can make your place stand out. This is always assuming you have priced it correctly. I have frequently been called in to help when the house on the market looks lovely, but for some reason, there are no offers forthcoming. When you are buying a new home, the direction in which you move has an effect for one year. Also the structure of the  property and its history can have profound effects on your experiences. If you are buying a house or flat that belonged to a divorcing couple, you will almost certainly benefit from having a feng shui consultation to alter any elements of structure and/or energetic patterns that contributed to the history.